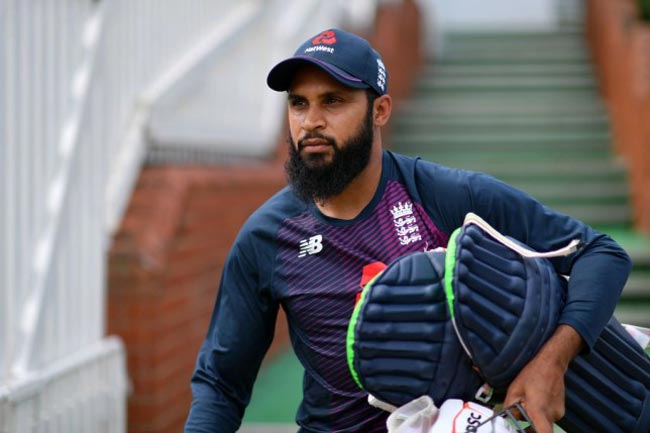 Adil Rashid has ruled himself out of England’s Test series in Sri Lanka and says he must earn a recall through his county form.

Leg-spinner Rashid, who made the last of his 19 Test appearances in the West Indies in January 2019, took three wickets to help England seal an ODI series draw against South Africa on Sunday.

There have been suggestions that Rashid, 31, could be selected for England’s upcoming tour to Sri Lanka but the Yorkshireman has ruled himself out of the series.

Asked whether he would accept a call-up for the two-Test tour of Sri Lanka, Rashid said: ‘No, not at this moment in time.

‘I think I have to earn my right. Go back into county cricket, perform and do well and then get selected on merit.

‘It’s a bit unfair for me to say I’m available, so, for me, I am concentrating on white-ball cricket but in the future maybe [I will return to Test cricket].’

Rashid’s admission comes after former England coach David Lloyd said his performance at the Wanderers – where he claimed figures of 3-51 – showed why he should earn a Test recall.