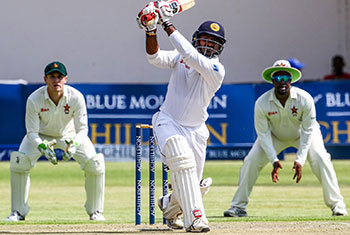 The national team will leave for Zimbabwe on the 16th January, 2020 to take part in a two match test series.

The first test will be held on January 19 and the second on January 27 at the Harare Sports Club.