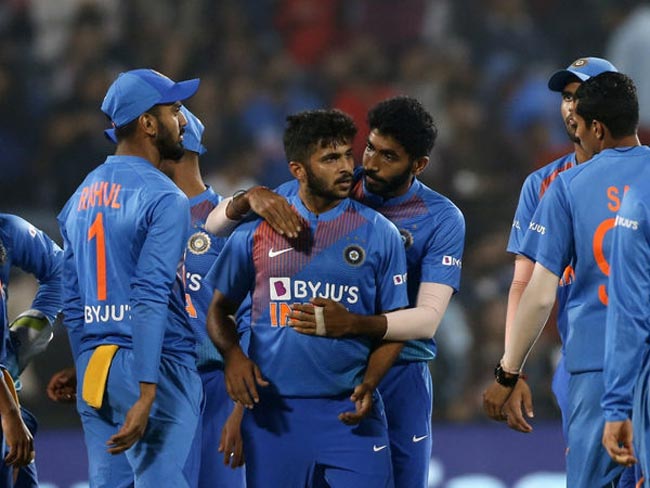 India beat Sri Lanka in the 3rd T20I by 78 runs in Pune on Friday. Manish Pandey and Shardul Thakur emerged as heroes in the match once more, while Shikhar Dhawan and Jasprit Bumrah also managed to put doubts to rest with commanding performances.

With this victory, India have won the series 2-0 to end the series on a high before the ODI series against Australia next week.

First Innings: India posted 201/6 in the third and final clash. After the Indian openers KL Rahul (54) and Shikhar Dhawan (52) put on a 97-run partnership, Sri Lanka clawed back with four quick wickets. Sanju Samson, Shreyas Iyer and Washington Sundar played just five balls between them as a mid-innings collapse threatened to derail the innings. Virat Kohli (26), usually an astute judger of running between the wickets, was run out yards outside his crease.

India managed a strong finish to post 201 on the back of a strong finish put on by Manish Pandey (31* off 18 balls) and Shardul Thakur (22* off 8 balls), as the Mumbai bowler came up with another cameo.

Second Innings: Chasing a massive 202, Sri Lanka got their run chase off to the worst possible start, to be left reeling at 15/3 after the first 4 overs, as all of Jasprit Bumrah, Shardul and Navdeep Saini struck early.

Angelo Mathews (31 off 20 balls) and Dhananjaya de Silva (57 off 36 balls) breathed life into a dying match with a counter-attacking 68-run partnership. It looked for a while as if the duo would take the match to a thrilling finish, till Mathews miscued a shot off Washington Sundar and was caught in the deep by Pandey. Mathews’s wicket precipitated another collapse from the Sri Lanka lower order.