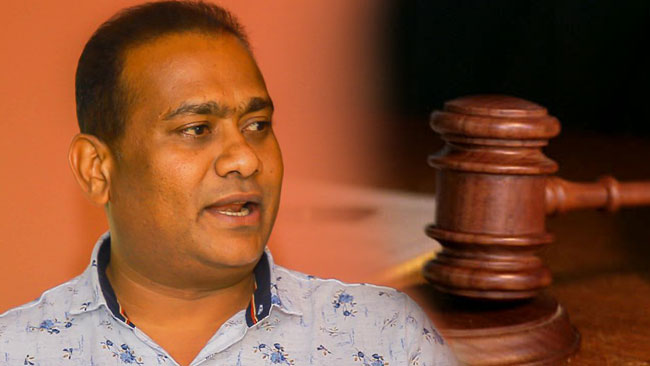 SLPP candidate and former MP Premalal Jayasekara and two others have been sentenced to death over the fatal shooting incident in Kahawatte during the Presidential Election in 2015.

The verdict in the case was delivered today (July 31) by the Ratnapura High Court, Ada Derana reporter said.

The shooting took place on the morning of January 05, 2015 and resulted in the death of a political supporter who was decorating an election stage of then Common Candidate of the presidential election Maithripala Sirisena in Kahawatta.

The UNP supporter, who was engaged in decorating an election stage, was wounded in the shooting and succumbed to injuries in hospital on January 8.

The Pelmadulla Magistrate had issued arrest warrants on the suspects involved.

Former Deputy Minister Premalal Jayasekara was arrested on January 10 over the election-related shooting incident while he had been released on bail on December 07, 2015.

Jayasekara, also known as ‘Choka Malli’, is contesting the coming parliamentary election from the Ratnapura District under the Sri Lanka Podujana Peramuna (SLPP).