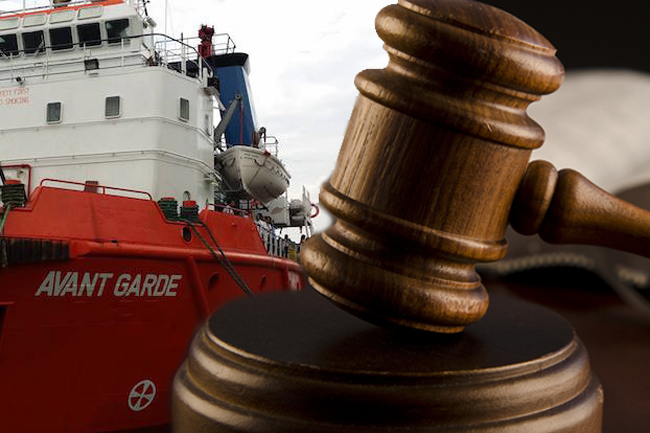 The Permanent High Court Trial-at-Bar has dismissed the preliminary objections filed by the defence in the Avant-Garde floating armoury case, which claimed that certain charges laid against eight defendants including Avant-Garde Chairman Nissanka Senadhipathi are unlawful.

The dismissal order was delivered by a two-judge bench of the Special High Court, consisting of Judges Dhammika Ganepola and Aditya Patabendige today (30).

Accordingly, the evidence hearing of the case was scheduled for September 02, however, the case will be taken up again on July 30 to for evaluate its proceedings.

Senior State Counsel Janaka Bandara, who leads the prosecution, told the judge bench that one of the defendants has filed a complaint with the Acting IGP against Rear Admiral Nilantha Heenatigala, the first witness of the matter. He also noted that the witness has been named as a respondent in this complaint lodged before the Presidential Commission of Inquiry investigating the incidents of political victimization.

The Senior State Counsel told the court that the prosecution will look into whether this complaint will exert influence on the proceedings of the floating armoury case.

However, Judge Dhammika Ganepola said in open court that the proceedings of the Presidential Commission of Inquiry do not affect that of the Special High Court.

He further noted that the prosecution should decide whether the first witness of the case should be called before the court for testifyinh, adding that the Special High Court has no obligation with regard to the matters taken up before the Presidential Commission of Inquiry.