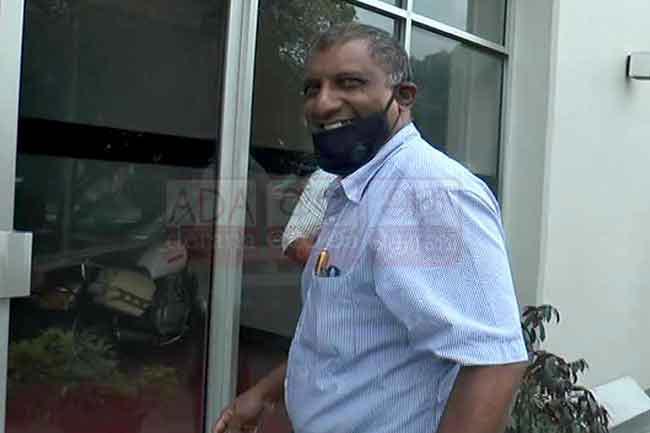 Former cricket captain Aravinda de Silva has arrived at the Ministry of Sports earlier this afternoon (30).

This was to record a statement regarding the match-fixing allegations made by former Sports Minister Mahindananda Aluthgamage on the 2011 World Cup finals between Sri Lanka and India.

Aluthgamage claimed that the playing squad for the finals match changed at the minute.

Aravinda de Silva played the role of the head of the cricket selection committee at the time.

Accordingly, he was summoned to the special unit for the investigation of sports-related offenses today.

However, the letter issued by the Sports Minister approving the squad was recently published in a weekend newspaper.