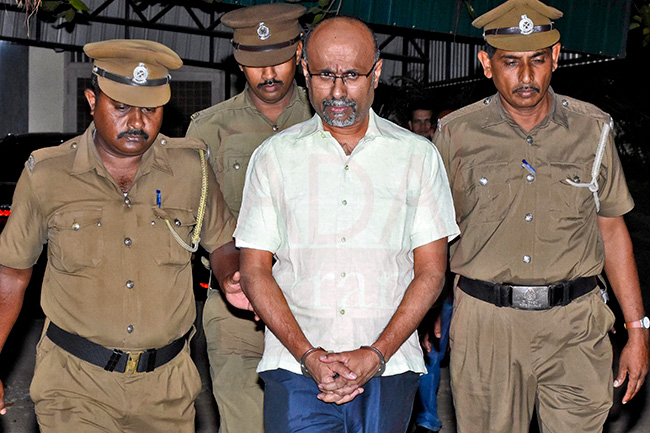 The former ambassador, who was arrested by the Criminal Investigation Department (CID) this morning, was produced at the Colombo Fort Magistrate’s Court, a short while ago.

Weeratunga was arrested upon arrival at the Bandaranaike International Airport (BIA) early this morning (14), and was subsequently interrogated by the CID officers.

He had reportedly reached Katunayake Airport at around 4.37 am this morning onboard a flight belonging to SriLankan Airlines.

Weeratunga was wanted for the alleged embezzlement of public funds to the tune of 7.833 million US dollars with regard to procurement of MiG aircraft and money laundering.

However, he had been evading the arrest warrant issued on the 20th of October 2016 by the Colombo Magistrate’s Court with regard to this case.

Weeratunga was intercepted in the UAE later on the 4th of February 2018 when he attempted to leave to the United States. He was subsequently released by the UAE authorities, but was prevented from leaving the territory of the UAE until the conclusion of investigations.

In June 2018, the attorneys representing the former Sri Lankan Ambassador to Russia informed the Colombo Fort Magistrate’s Court that their client is prepared to appear before the court in connection with the MiG aircraft deal.