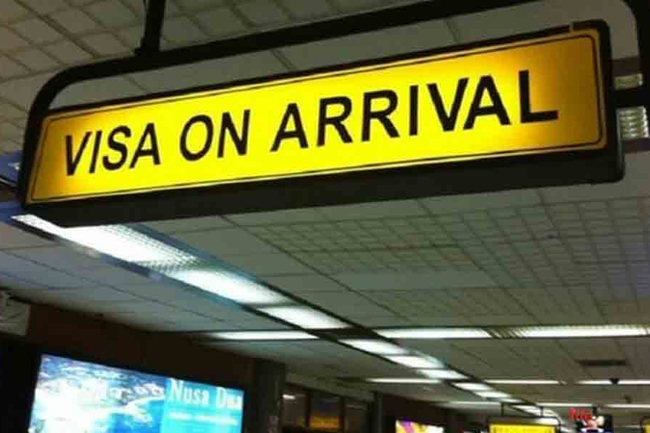 Cabinet of Ministers has granted its approval to extend the free visa-on-arrival scheme for 48 countries for a three-month period.

The proposal for the extension was tabled by Minister of Industrial Export and Investment Promotion Prasanna Ranatunga.

Accordingly, issuance of fee-waived visa on arrival, which was set to expire on January 31, has been extended with effect from the 1st of February until the 30th of April.
Sri Lanka, soon after the tragic Easter Sunday bombings last year which claimed the lives of more than 250 persons, suspended plans to grant visa-on-arrival to citizens of 39 countries.

However, later in July, the former government decided to add more countries including India and China to the scheme and re-launch the free visa on arrival scheme as a step to revive the tourism sector which was hit by the terror attacks.
The programme was put into effect on the 1st of August 2019 for a period of six months.

The countries in this free visa-on-arrival scheme include the United States, India, China, Australia, Japan, Russia, Germany, France, Italy and Switzerland and 38 other countries.