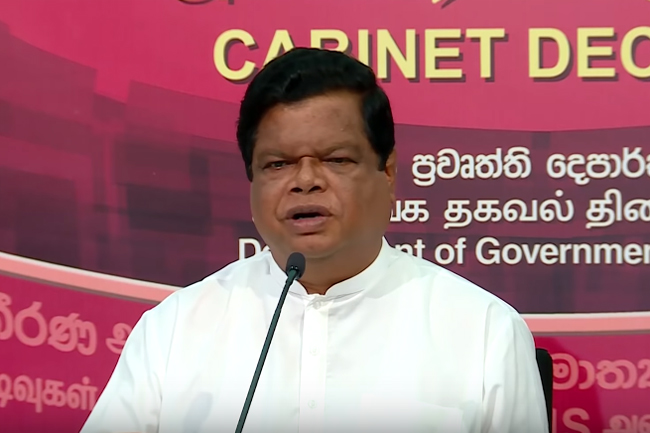 The President and the Cabinet of Ministers will stand up for the District Forest Officer of Gampaha, who refused to bend the laws to construct a playground in a mangrove land in Negombo, says Cabinet Spokesperson Minister Bandula Gunawardana.

He stated this addressing the media briefing held this morning (13) to announce Cabinet decisions.

The government always stands up for public servants who act according to the law, the minister said continued.

During a meeting in Negombo, chaired by State Minister of Fisheries and Inland Fisheries Industry Sanath Nishantha on Monday (10), a group of residents of the area had demanded the construction of a Volleyball playground in part of the preserved mangrove land and engaged in a verbal clash with the said female District Forest Officer.

A video of the meeting went viral in which District Forest Officer, who stood her ground, could be seen flatly refusing to bend the law for this purpose despite the pressurization from the State Minister and the villagers.

The District Forest Officer emphasized the fact that the proposed land is preserved and belongs to the government and pointed out the need to protect ecosystems in the country.