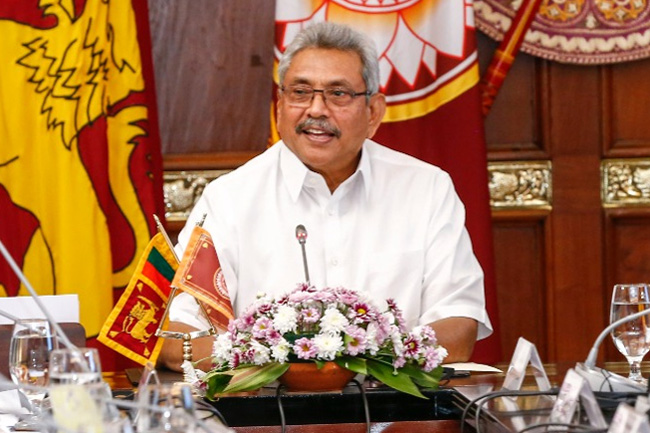 President Gotabaya Rajapaksa has instructed officials to plan a target-based strategy to promote the tourism industry in Sri Lanka.

By increasing the income from tourism to USD 10 billion by 2025, the industry can play the leading role in economic growth, President has said during a meeting with officials of the Ministry of Tourism and Civil Aviation held at the Presidential Secretariat yesterday (13).

“We require a skilled team with expertise and dedication.  Every step should generate immediate results. On my part I do not hesitate to take decisions for the benefit of the country. I expect the officials would commit themselves to pass benefits of such decisions onto the public. If there is a target -based plan, every challenge can be overcome”, the President has said.

Issues identified in relation to the tourism sector and measures to promote the industry were broadly discussed during this meeting, the President’s Media Division (PMD) reported.

The President has emphasized the necessity of upgrading the quality of facilities provided to tourists visiting the country and streamlining the amenities at airports. Importance of developing places of tourist attraction and building an effective promotional mechanism was also highlighted by the President.

The indigenous Ayurvedic system has already become highly popular among foreigners. Priority should be given to promote unique activities such as surfing and promoting Ceylon tea.

Shopping malls should be equipped with requirements sought after by tourists, the President has pointed out, while stressing the need of a systematic mechanism to attract tourists. The President has instructed the Tourist Board to implement programmes with the participation of Sri Lankan envoys overseas to build the image of Sri Lanka and to promote it as a tourist destination.

The standard of the aviation sector should be enhanced. President described the importance of effective coordination and work in unison among entities which come under the purview of Tourist Board.

During the discussion it was decided to reactivate the Tourism Police and to appoint a senior DIG in charge.

Attention was also drawn to amending rules and regulations in order to promote the sector and to remove unnecessary approvals procedures.