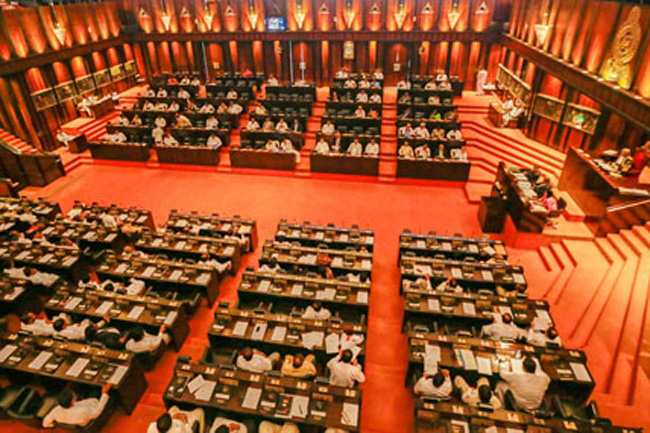 The political party leaders and representatives, who met yesterday, have decided to call nominations for the membership of Committee of Selection of the 4th Session of the 8th Parliament.

Accordingly, Speaker of Parliament Karu Jayasuriya has informed the political party representatives to submit their nominations to the Secretary-General of the Parliament before 3.00 pm next Thursday (January 16).

The relevant proposals are scheduled to be included into the Parliament’s Order Paper on the 21st of January.

As per the Standing Order 114 of the Parliament, a Committee of Selection is appointed at the commencement of every Session to consider the constitution, number, functions and quorum of Sectoral Oversight Committees and Ministerial Consultative Committees and to report with all convenient speed their opinions thereon to Parliament, and to nominate Members to serve upon 12 committees.

The Committee of Selection is chaired by the Speaker and 12 members consisting of leaders of political parties or their nominees to be nominated by Parliament at the commencement of each Session.

Four orders under the Fauna and Flora Protection Ordinance will accordingly be discussed on January 23, and the vote of condolence of late MP Ranjith de Zoysa is scheduled for the following day.