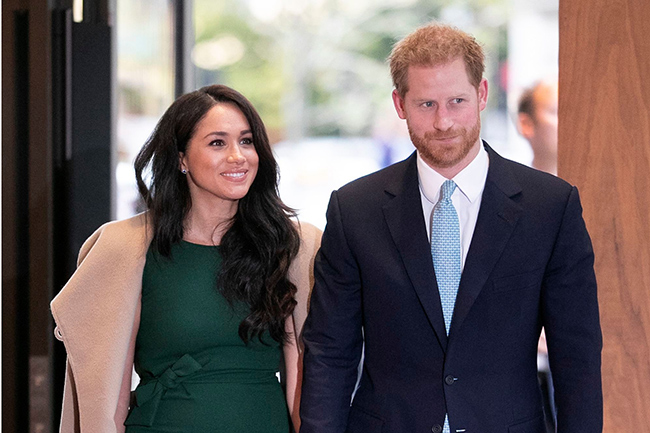 Prince Harry and Meghan to step back from royal family

Prince Harry and Meghan, the Duchess of Sussex, announced on Wednesday that they would “step back as ‘senior’ members of the royal family” and split their time between Britain and North America.

The decision was announced on the couple’s Instagram account, and was made “after many months of reflection and internal discussions,” they said. The couple added that they intended “to carve out a progressive new role within this institution” and become financially independent.

Though the statement gave no indication of where the couple would spend time in North America, speculation quickly grew that they would go either to Canada, a commonwealth country that they recently visited, or Los Angeles, where Meghan is from.

“This geographic balance will enable us to raise our son with an appreciation for the royal tradition into which he was born, while also providing our family with the space to focus on the next chapter, including the launch of our new charitable entity,” the statement said.

The statement follows months of public steps by Prince Harry and Meghan that were unusually candid by the cloistered standards of the royal family. In interviews for a documentary that aired in October, the couple spoke of the difficulty of living under intense media scrutiny, and a few weeks earlier, they filed a series of lawsuits against journalists’ invasive tactics.

Meghan, in particular, has often been the focus of aggressive British tabloids since she married Prince Harry in May 2018. He said in October that she had been the victim of “a ruthless campaign” by the tabloids, and invoked the history of his mother, Princess Diana, who died in a 1997 car crash in Paris as her driver tried to get away from photographers.